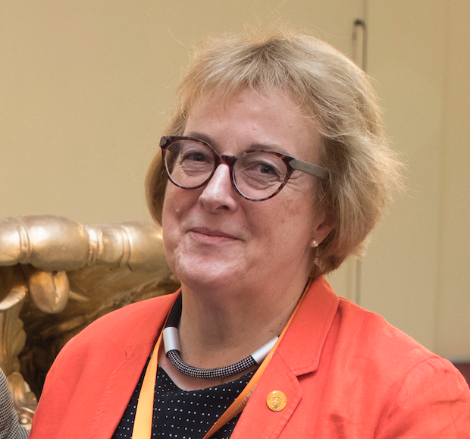 Sarah Jane Evans is an award-winning wine writer and journalist, Co-Chairman of the Decanter World Wine Awards, and a former Chairman of the IMW (2014-16). Winner of the Robert Mondavi Winery Award for the highest overall marks in the Theory exam. As a writer and consultant one of her special interests is Spain and Sherry. She is Chairman of the Gran Orden de Caballeros del Vino. She is a certified Sherry educator; and has received the awards of Dama de Albariño and Dama de Solear. Her books on Spain include 'Seville', and 'The Wines of Northern Spain'. She is currently writing 'The Wines of Central and Southern Spain'. Her other interests include the wines of South and North America; Greece; and the great fortified and sweet wines of the world. She studied Classics, and Social & Political Sciences at Cambridge University. She began her career in book publishing, and today is a Trustee of the André Simon Book Award, and a Series Editor of the Classic Wine Library. She spent a decade as Associate Editor of the BBC's Good Food magazine, and has a strong interest in taste and flavour, and in encouraging consumers to build their own confidence in tasting. She's a Founder Member of the Academy of Chocolate and the author of 'Chocolate Unwrapped'. Freeman of the City of London.