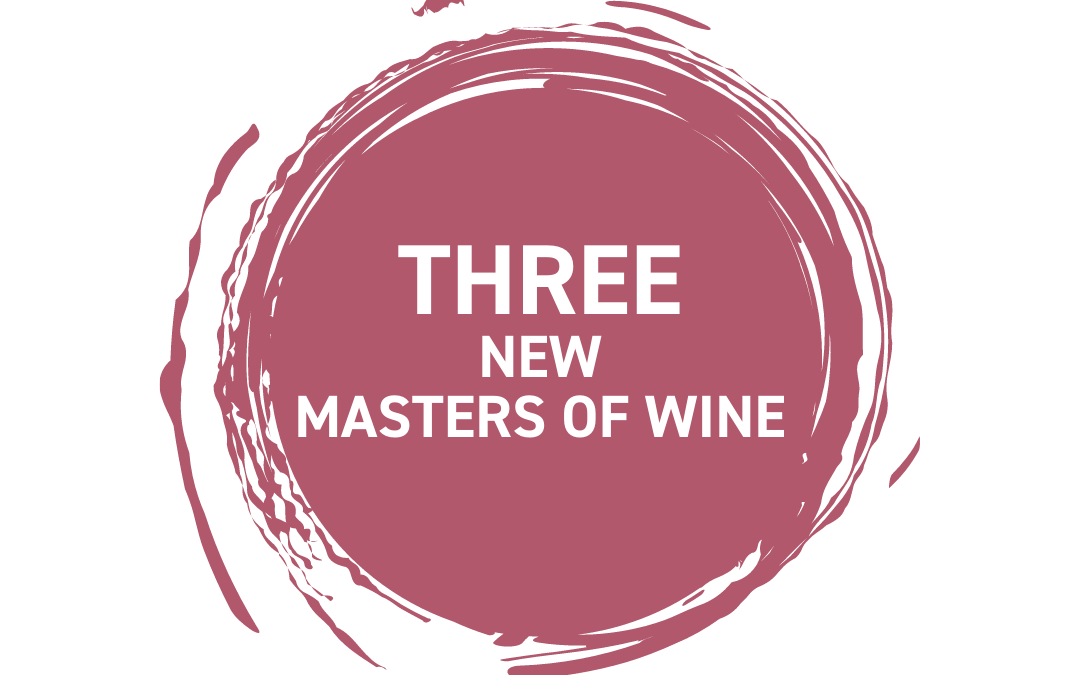 Claire, Michael and Siobhan join the 10 new Masters of Wine announced in February to form the 2021 vintage of 13 MWs.

The MWs have proved their understanding of all aspects of wine by passing the Master of Wine exam, recognised worldwide for its rigour and high standards.

The MW exam consists of three parts: the theory and practical exams taken at the end of stage two and the research paper submitted at the end of stage three. The RP is an in-depth study on a wine-related topic from any area of the sciences, arts, humanities, or social sciences. Only when an individual passes the third RP stage of the MW exam do they become a Master of Wine.

In addition to passing the exam, and before new members have the right to use the title Master of Wine or initials MW, they must sign the IMW’s code of conduct. By signing the code of conduct, MWs agree to act with honesty, integrity and use every opportunity to share their understanding of wine with others.

The stage two theory and practical exams were cancelled in 2020 and postponed earlier this year. They will now take place in seven venues across the globe from 31 August to 3 September 2021. Candidates who pass this part of the MW exam will move to the final RP stage later in the year.

Meet the new Masters of Wine

Claire is a wine and spirits educator and runs the wine education and events business, Case Studies Wine School. Graduating from university with a BSc in applied chemistry and an MSc in analytical chemistry, Claire had a 10-year career within pharmaceutical research before moving into the wine industry. As an educator and communicator, Claire’s aim has always been to assist and inspire others to discover and enhance the pleasures of drinking wine and spirits. Claire’s home is a narrowboat moored on the Union Canal near Edinburgh. Away from business, she will be found long-distance walking, skiing in the French Alps or at Selhurst Park, supporting Crystal Palace Football Club.

The application of video to consumer wine tastings — an investigation into consumer experiences and outcomes.

Working in the local bottle store to help fund his university lifestyle opened a door into the world of wine that Mike happily walked through. He holds a BSc in zoology as well as diplomas from WSET and in viticulture and oenology. Mike spent the first years of his career travelling and working vintages in South Africa, California, Marlborough, Oregon, Barossa Valley and Spain. Settling down in London and working at Christie’s Auction House exposed him to fine and rare wines. After a transfer to California with Christie’s, he moved back to New Zealand and took up a role with the newly opened Craggy Range Winery. During his time with Craggy Range, he returned to London to oversee the European markets. After that, he returned to New Zealand and held chief executive roles with Trinity Hill Winery and Aotearoa NZ Fine Wine Estates. Based in the sunny Hawke’s Bay region of New Zealand, Mike struggles to keep control over his two teenage daughters, two cats and two dogs. In his spare time, body willing, he enjoys playing golf, tennis and cricket. He is a director of New Zealand Winegrowers, Hawkes Bay Winegrowers and Hawkes Bay Tourism.

The impact of future climate changes on the production of Sauvignon Blanc wines in Marlborough, New Zealand.

Siobhan is a freelance wine consultant focusing on strategic communications, cellar management and wine authentication, in which she works closely with Chai Consulting. She also judges regularly for the International Wine Challenge. After qualifying as a chartered accountant with Ernst & Young, Siobhan worked in corporate finance and investor relations before responding to an ad that led to nine years as executive director of the Institute of Masters of Wine. Originally from Winnipeg, Canada, Siobhan now lives in London with her husband and daughter and is passionate about the potential of the Okanagan Valley to produce world-class red wines. For fun, she swims, canters through the Scottish countryside and tries to keep up her French and Spanish.

About the Institute of Masters of Wine

The IMW is a membership organisation with an exceptional international reputation. For almost 70 years, its members – the Masters of Wine (MWs) – have been at the forefront of leadership and expertise in the world of wine. The IMW’s mission is to promote excellence, interaction and learning across all sectors of the global wine community. MWs prove their comprehensive understanding of wine by passing the MW exam, recognised worldwide for its rigour and exacting standards. In addition to passing the exam, members must sign the code of conduct before they are entitled to use the initials MW. This requires them to act with honesty and integrity, and use every opportunity to share their knowledge of wine with others. Today, there are 419 Masters of Wine working in 31 countries. The membership encompasses winemakers, sommeliers, buyers, journalists, shippers, consultants, academics, educators and more. There are 379 students from 41 countries in the 2020-2021 MW study programme.