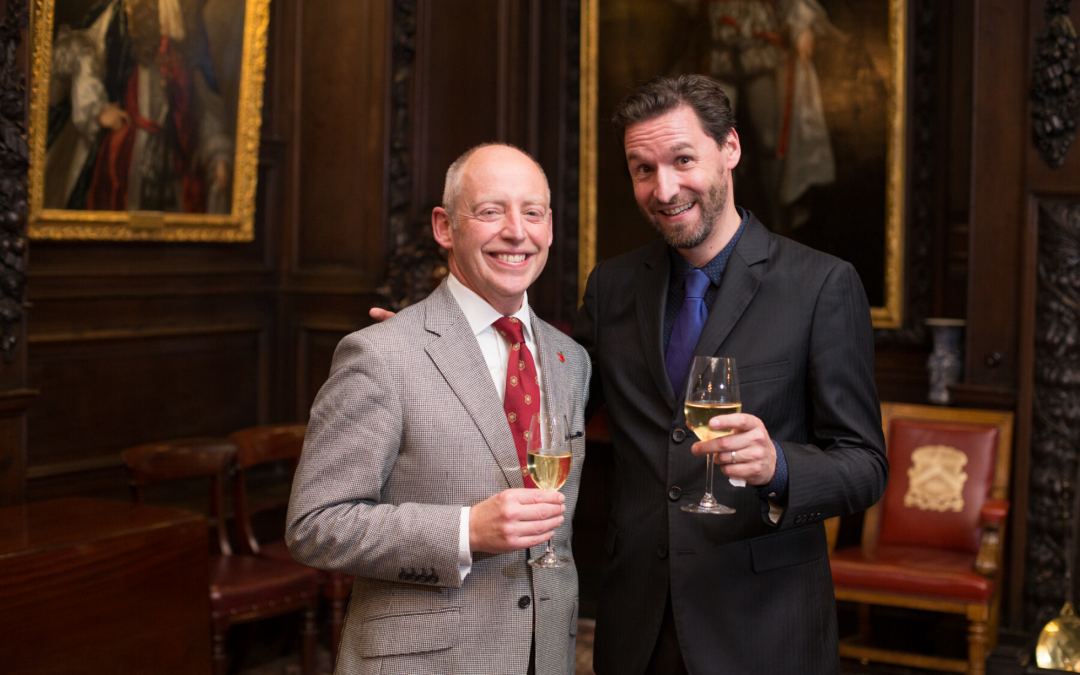 The Madame Bollinger Foundation has awarded the Bollinger Medal for excellence in tasting in the Masters of Wine examinations to Jeremy Cukierman MW.

Presented by the Secretary of The Madame Bollinger Foundation, Andrew Hawes, Jeremy received the prize at the Institute’s Annual Award Ceremony in London, which celebrated the induction of 18 new MWs to the Institute and recognised individual excellence in all aspects of the MW examination – picture shows Andrew (l) and Jeremy (r) at the ceremony.

This year’s presentation marks the 29th occasion that the Bollinger medal has been awarded since its inauguration in 1988. The winners of The Bollinger Medal comprise ten different nationalities of Master of Wine,16 men and 13 women.

Commenting on the importance of such recognition of achievement in wine education, Etienne Bizot, Chairman of The Madame Bollinger Foundation, said; “In the pursuit of excellence in wine education, the Institute of Masters of Wine is without question the global reference, the leading light, in its field. It gives me great pleasure to award the Bollinger Medal to Jeremy, a superlative taster, in honour of Madame Bollinger.”

Born and raised in Paris, Jeremy is the co-founder and co-CEO of Des Mets des Vins, runs two wine shops in Paris, a wine event agency and a wine school. Jeremy also consults for private customers and wine companies, lectures across all levels of WSET certification and trains future wine professionals in customised courses. In addition to all of this, he also writes for the French magazine Vigneron and for his own blog (www.intothewinewithjeremy.com). For winning the medal, Jeremy will receive a year’s supply of the full range of Bollinger Champagnes, and a private tour and tasting at Champagne Bollinger in Ay.

About the Institute of Masters of Wine (IMW)
The Institute of Masters of Wine (IMW) is a membership organisation with an exceptional international reputation. For almost 70 years, its members – the Masters of Wine (MWs) – have been at the forefront of leadership and expertise in the world of wine.  The IMW’s mission is to promote excellence, interaction and learning across all sectors of the global wine community. MWs prove their comprehensive understanding of wine by passing the MW examination, recognised worldwide for its rigour and exacting standards. In addition to passing the examination, members must sign the code of conduct before they are entitled to use the initials MW. This requires them to act with honesty and integrity, and use every opportunity to share their knowledge of wine with others.  Today, there are 369 Masters of Wine working in 29 countries. The membership encompasses winemakers, sommeliers, buyers, journalists, shippers, consultants, academics, educators and more. There are over 350 students in the MW Study Programme from over 30 countries.