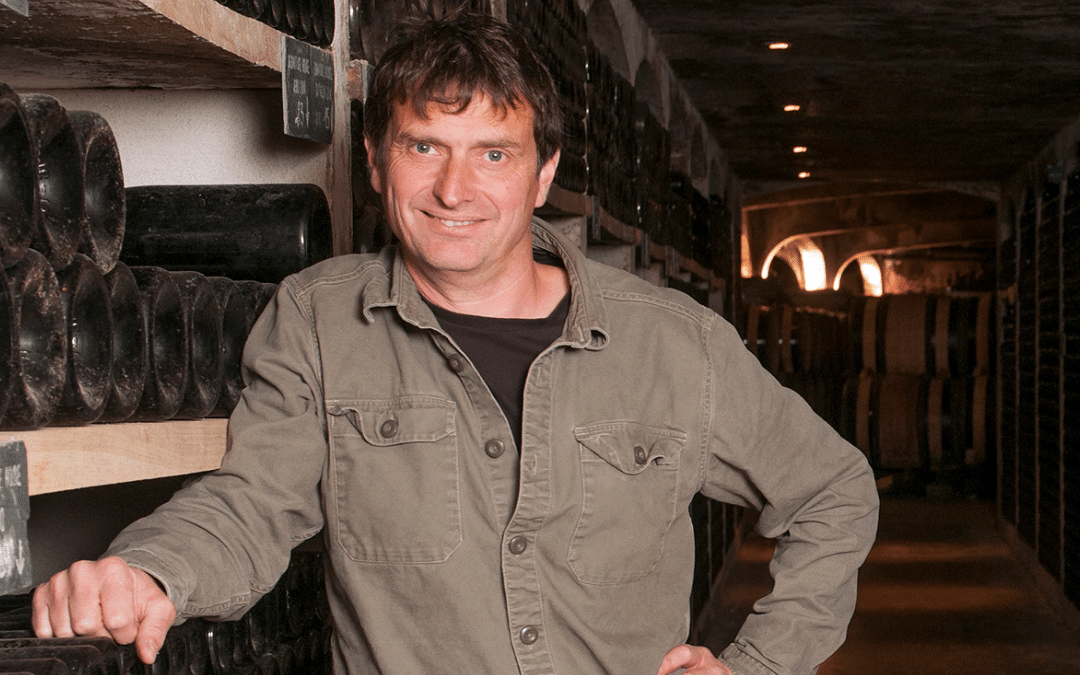 Jean-Louis Chave has been honoured as the 2022 Winemakers’ Winemaker, at a ceremony during ProWein today (16 May 2022).

Given by the Institute of Masters of Wine and the drinks business since 2011, the award recognises outstanding achievement in winemaking.

Masters of Wine winemakers and the previous award recipients voted to choose Chave as this year’s winner.

After completing his undergraduate studies at the University of Connecticut and a degree in oenology at UC Davis in California, Jean-Louis took over the family helm as the 16th generation winemaker. The Chave family has been producing wines in the northern Rhône Valley for over 500 years. Their reputation and heritage firmly belong to the Hermitage hillside, where they own 15 hectares of vines producing fine, iconic wines.

To diversify the family holdings, when Jean-Louis took over from his father Gérard in 1992, he replanted vineyards on the family’s original estate in Saint-Joseph. The site had been abandoned in the early 1900s when phylloxera hit the region. He also started a négociant label, JL Chave Selection, which releases a variety of red and white wines from the Northern Rhône, offering consumers an accessible way to experience the Chave family wines.

On receiving the award, Jean-Louis Chave said, “I am very proud to win this award, especially coming from the Masters of Wine whom I admire so much. It’s impossible to make a wine from a vineyard that doesn’t inspire you, and a good winemaker should give a sense of the place in their wine. It’s more than a technique; it’s a deep understanding of the terroir and its history, which I try to express in my wines.”

About the Institute of Masters of Wine (IMW)
The IMW is a membership organisation with an exceptional international reputation. For almost 70 years, its members – the Masters of Wine (MWs) – have been at the forefront of leadership and expertise in the world of wine. The IMW’s mission is to promote excellence, interaction and learning across all sectors of the global wine community. MWs prove their comprehensive understanding of wine by passing the MW exam, recognised worldwide for its rigour and exacting standards. In addition to passing the exam, members must sign the code of conduct before they are entitled to use the initials MW. This requires them to uphold the highest standards of commercial conduct within the industry. Today, there are 419 Masters of Wine working in 30 countries. The membership encompasses winemakers, sommeliers, buyers, journalists, shippers, consultants, viticulturalists, academics, educators and more. There are 376 students from 41 countries in the 2020-2021 MW study programme. The IMW works with 31 supporters and one academic and research associate, who help promote the IMW’s mission. The five principal supporters are Austrian Wine, AXA Millésimes, Constellation Brands, the Madame Bollinger Foundation, and Waitrose and Partners.