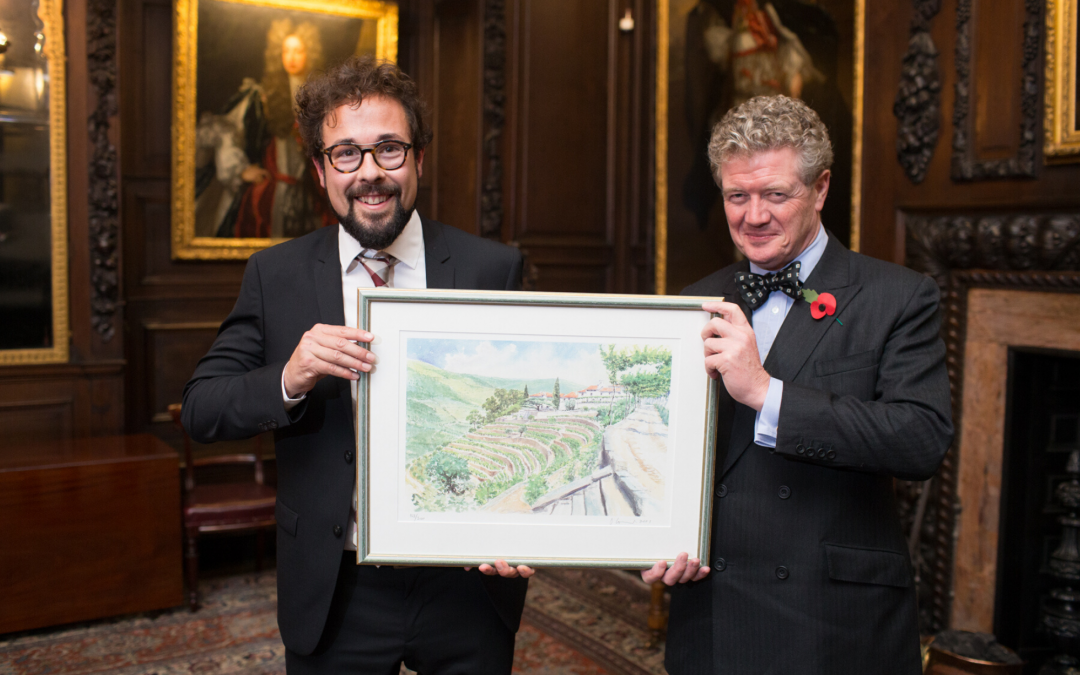 Self-taught Spanish winemaker and consultant Fernando Mora MW from Campo de Borja has been awarded the prestigious Quinta do Noval prize for the best Research Paper in the final stage to becoming a Master of Wine. He wins a cheque for £1000, a framed print and a trip to the iconic Quinta in the Douro to collect a case of wines and ports – including Noval’s fabled Nacional Vintage.

Fernando received his award from Christian Seely, MD of AXA Millesimes, Noval’s owners, at a glittering Institute of Masters of Wine Annual Awards Ceremony at Vintners’ Hall in London earlier this week, which honoured the eighteen students who had passed the 2017 Master of Wine examinations. They join a select group of less than 370 MWs worldwide.

Fernando’s paper on ways to revise the wine quality classification in Campo de Borja, and other Spanish wine regions, won him high praise from both the Institute and the sponsor Noval.

‘It’s always refreshing to read a research paper that will so clearly be used by the wine trade, that has been written accessibly, and with an eye to the future. It’s an important part of the Master of Wine examination and we are delighted a Spanish subject has been honoured this year.’ said Penny Richards, the Institute’s Executive Director. Meanwhile Christian Seely commented ‘The subject is important, and the aim admirable, the analysis very clear, and the suggestions very intelligently thought through. There is a good chance that the proposed system may be implemented, and if so it is likely to do some real good. I thought it was outstanding, and of real practical use.’

Fernando’s story is fascinating. An engineer working in the automotive and wind industry, he fell in love with wine, and did everything within his power to turn his hobby into a profession. To learn about winemaking he planted 28 vines in his grandparents’ garden in Alagón, Zaragoza and bought a kit to make his own wine at home, using his bathtub. He quit his ‘day job’ in 2013 to create Bodegas Frontonio and two years later launched a new project in Campo de Borja called Cuevas de Arom.

He says his life is revolves around Garnacha – and greatly looks forward to spending time at Quinta do Noval once more, and studying the indigenous and imported varieties planted there.

‘I first visited Noval a couple of years ago, when Christian Seely opened a very special Tawny for us to taste blind. I guessed, correctly, that it was a Colheita ’64 – and that gave me the confidence to study for my Master of Wine qualification’ he explained, ‘To win the Noval Award, now, after all that hard work is truly the icing on the cake. I am thrilled’.