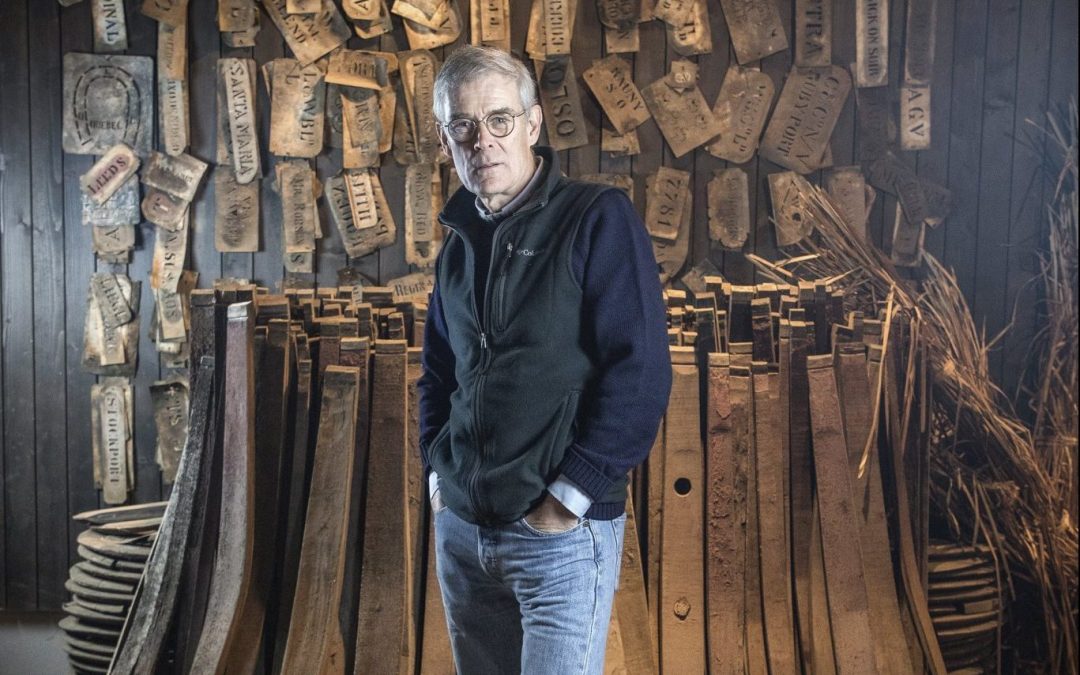 Paul Symington has been named as the recipient of the 2019 Lifetime Achievement Award by the Institute of Masters of Wine and the drinks business.

The award was presented to Paul at a ceremony at Vinexpo, Bordeaux today (13 May 2019), where members of the wine industry gathered to honour his lifelong contribution to the trade.

At the celebratory lunch, the award was introduced by Patrick Schmitt MW, editor-in-chief of the drinks business and presented by Adrian Garforth MW, Chairman of the IMW.

On receiving his award Paul said, “I was honoured to be told that the IMW and the drinks businesswere giving me this award, as previous recipients are all people I respect immensely. I am absolutely delighted that our region’s unique vineyards and their two greatest wines, Port and Douro, should be recognised in this way.”

Adrian Garforth MW said, “I can’t think of anyone more deserving of this prestigious award. The name of Symington sits easily amongst the list of former recipients and is an appropriate recognition of Paul’s long-standing commitment to the production of high-quality port wines, and service to the wider industry.”

Paul Symington was born in Oporto in 1953 to Michael and Elizabeth Symington, both of whom were born in Portugal, as were three of his four grandparents.

After education in Portugal, the UK and Switzerland, Paul worked for a bank in Paris before entering a graduate trainee programme with a UK retailer. He then returned to Portugal to join the family company in 1979. A year later he was made a company director and in 1988 he was appointed Joint-Managing Director. Paul retired as Chairman of Symington Family Estates in December last year, a position he held from 2003.

The Symington family are members of the Primium Familiae Vini, a group of 12 leading European wine families, and Paul is Chairman of the PFV management committee. He has also been Chairman of John E. Fells & Sons, one of the UK’s leading importers of fine wines, since 1999.

With a passion for reform on the regulatory system that governs the Douro, Paul has published various articles on the subject. He believes that this must be better adapted to the needs of the farmers, as well as allowing the region’s wines to compete more effectively in world markets.

Paul lives in Portugal with his wife Jane and they have four children: Robert, Charlotte, Louisa and Harry, three of whom are working in the family company. He farms his own 37 ha vineyard at Quinta das Netas, near Provesende in the Pinhão valley.