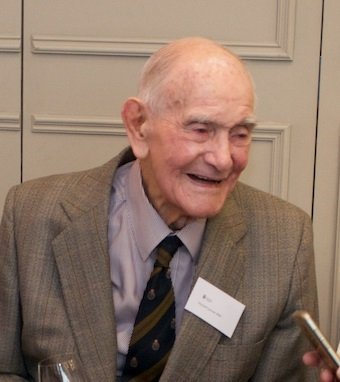 Vincent Larvan became an MW in 1957 and at age 95 was the oldest Master of Wine, celebrating that fact with us in April 2017, when he officially opened our headquarters in London. In November 2017 we honoured his 60th year as an MW at the annual awards ceremony.

Vincent served in the Royal Navy in World War II and in 2016 received the decoration of a chevalier from the Legion d’Honneur for his role in the D-D landings. From 1946-1983 Vincent held various executive positions in Bass plc. He was a former Chairman of the then Wine and Spirit Trades’ Benevolent Society and former Master, at The Worshipful Company of Distillers.

Vincent helped incorporate the IMW in Companies House, and like so many of the earlier members put in place the structure that helped make the IMW develop into the organisation it is today.