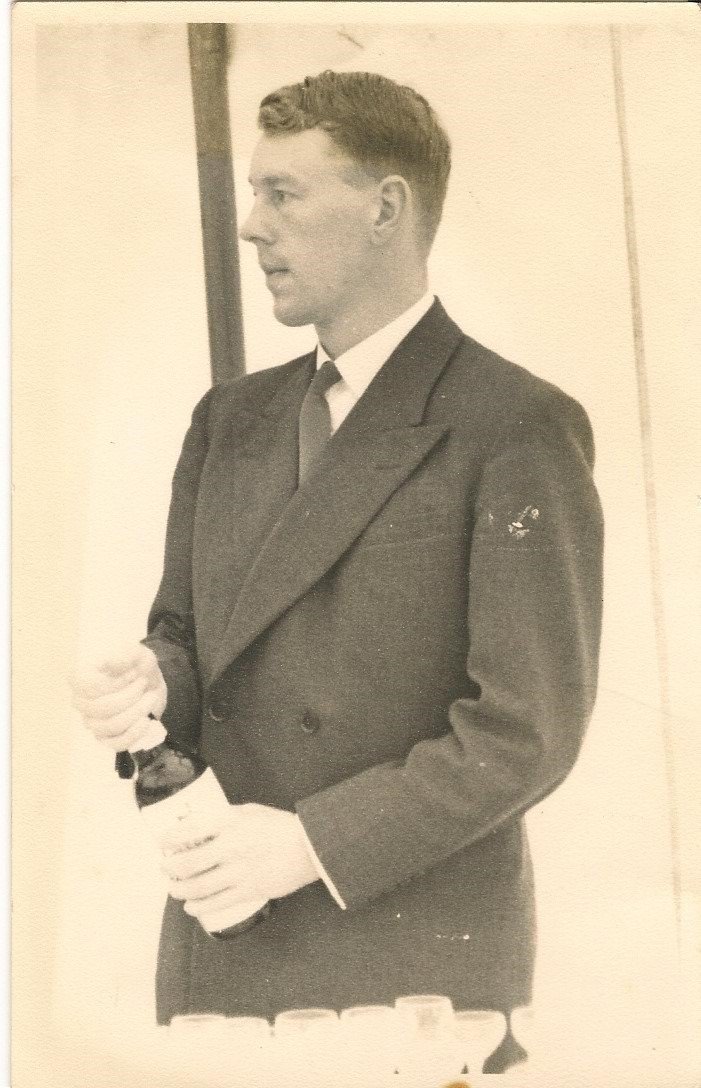 Tim was the son of a bank manager, but a love of wine must have been a major part of his genetic make-up as both his grandfather and great grandfather were wine merchants. Like many of his generation Tim went from school straight into national service and then the world of work.

He said that national service, spent in the navy, taught him to swear, smoke and drink rum. Not ideal beginnings you would have thought for a career in the wine trade.

He joined St Austell Brewery (now renamed St Austell Wines) in Cornwall after the Royal Navy in 1948, the company founded by his great grandfather, and received extensive training including periods in Jerez, Oporto, Reims and Bordeaux. He was instrumental in reestablishing its role in the wine trade, including the launch of their wine merchant subsidiary Walter Hicks & Co. It became apparent to Tim in the late 1950’s that in order to complete his wine education and reach the standard required to pass the MW exams he would need to move away from Cornwall and join a more established wine business. So, in 1959 he joined fellow Masters of Wine David Burns MW and Bill Warre MW at George Idle, Chapman and Co Ltd.

Tim became an MW in 1961, and was the last of that vintage remaining. He was an enthusiastic participant in Institute activities during the 60’s and 70’s. After his death his family found the following poem written by Tim following an Institute visit to the Champagne region:

Bollinger for breakfast, Krug at half past ten
Veuve Clicquot for aperitif, Mumm for lunch, and
then, A jug of Louis Roederer to pass away the hours,
(A bottle of Dry Monopole is nice when picking flowers)
At dinner in the evening, Charles Heidsieck with the fish
Pol Roger with the chicken in champagne (a tasty dish)
Lanson with the vegetables, Moët with the cheese
Or a little Jouët (Perrier) will never fail to please
The day is nearly over, we’ve been excellently fed
So we’ll take a glass of Pommery along with us to bed
Ah! you may say, a life of bliss. But what is this I hear?
Was it someone sighing gently for an honest pint of beer?

The late 1960’s saw Tim take a different direction, running first an hotel near Ross-on-Wye and then a restaurant with his wife Sue. As you would hope, the quality of the wine list at both establishments won plaudits from customers and such as Egon Ronny and the Michelin Guide. He passed his love of wine onto his children, though none of them followed him into the trade and none of them reckoned to share his palate.

His son, Peter, remembers two pieces of advice from his dad. First, make sure that, for any bottle of wine you drink, the wine itself has cost more than the bottle it comes in! Secondly, the overwhelming majority of people will get far more enjoyment from ten £10 bottles rather than a single £100 bottle. Though that 1970’s advice might need inflation adjusting! That said one of the most memorable wines Peter ever remembers drinking is a 1931 Burgundy served in 1981 on the occasion of his mother’s 50th birthday. A wine that certainly cost more than £10 a bottle.

In later life Tim did not enjoy particularly good health, but one constant was a continued love affair with wine. For him no meal was truly complete without a glass of something to accompany the food. Sharing good wine with friends and family continued to give him the greatest pleasure.