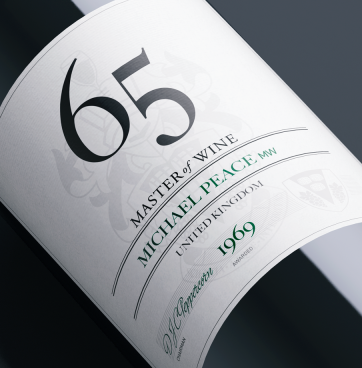 Michael Peace was a strong character and a bit of a maverick.  He was educated at Sherborne and I first met him in 1965 when he was working for the Liverpool end of Rigby and Evens and came to sell me wine and attended “Northern” MW study courses in Manchester.  At Rigby’s he showed promise with bags of personality and drive, and proved himself a capable salesman.  The company then decided to move to London and after a year or two Michael resigned and joined John Boys MW and Nigel Blundell at Walter Siegel.

It was not long before disaster struck.  One of his customers, a somewhat aggressive and at the time high profile retailer was accused by the Wine Standards Board and subsequently prosecuted for relabeling a large quantity of ordinary Bourgogne blanc as Chablis.  The defendant admitted this, justifying his action by declaring that his supplier had assured him that despite a different description on the invoice, the wine was in fact Chablis.  Although the retailer was convicted, Michael, who was called as a witness at the trial, was rather less than convincing under cross examination.  The trial was widely reported, and led to both his resignation from Siegel, and an Institute disciplinary hearing, the  outcome of which was his expulsion from the Institute.

However Michael, true to character, did not give up easily and continued to style himself professionally as a Master of Wine on the grounds that as he had passed the exam he was entitled so to do.  After long deliberation and on legal advice the Institute accepted that under the rules at the time they could not prevent this, and eventually Michael was re-admitted.  This led to major re-think of the Institute’s Code of Conduct, agreement to which from then on became a condition of membership.

For the rest of his career, Michael, now back in the Institute, worked as a highly effective independent broker, mainly of French wine and among other things launched the popular Champagne Georges Gardet onto the market both in the UK and overseas.  In the 1980’s he became one of the first wine merchants to embrace the new mobile phone, and for a few years was seen at Trade fairs lugging what appeared to be a full sized car battery around in a special harness.

Quite late in life he married for a second time and moved to Paris with his new wife, who was French, but she became seriously ill and died after a short while.  This had a serious effect on Michael’s health and well-being, both of which deteriorated rapidly leading to his premature death.