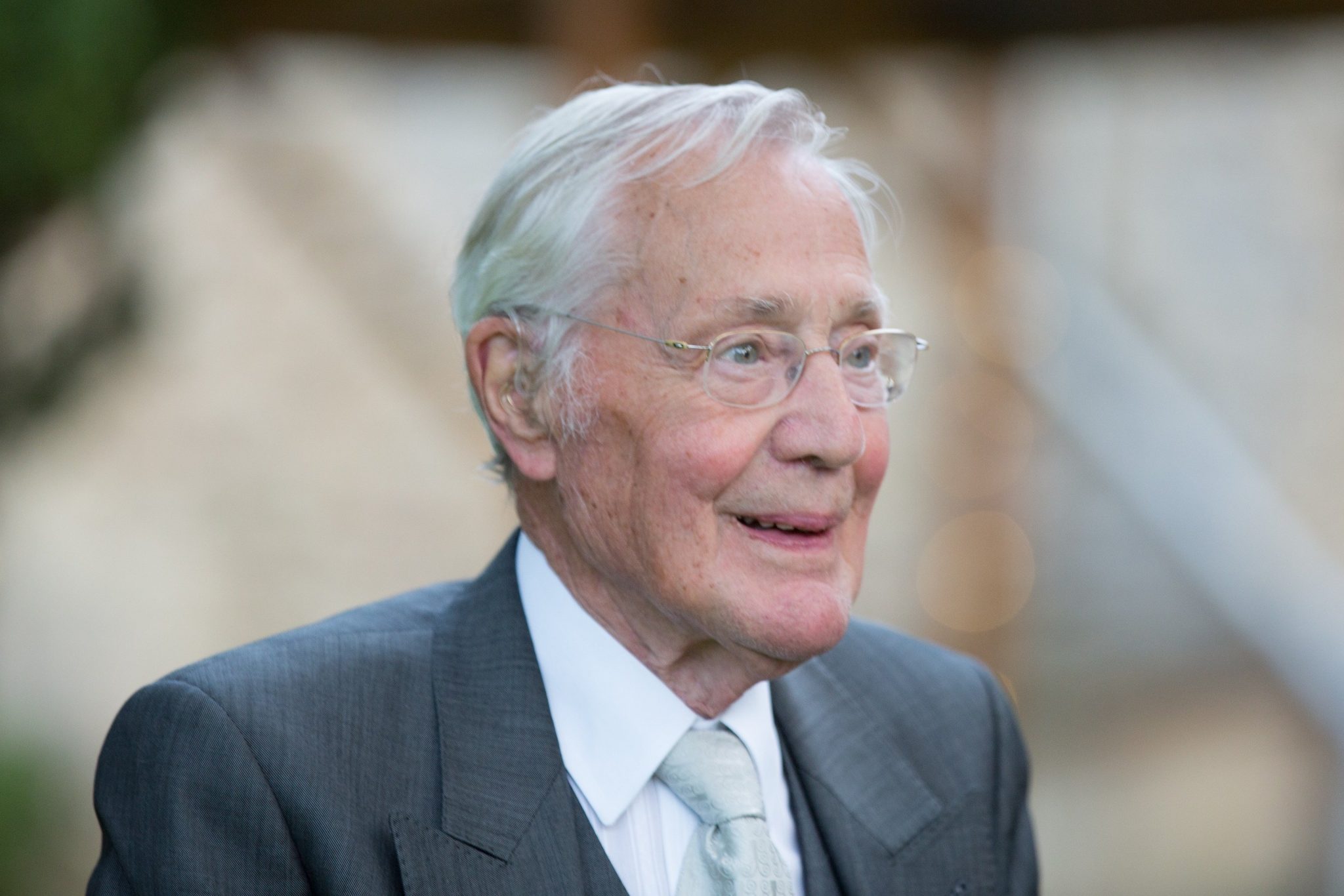 Born in Suffolk in 1926, he was educated first at the Crypt Grammar School in Gloucester and then Ellesmere College in Shropshire. To avoid being conscripted to work down the mines as a ‘Bevan Boy’, Arnold volunteered to join the army.

He was commissioned into the 2nd Battalion of the Cameron Highlanders in February 1946 and then trained in Scotland before the Camerons ended up on the Italian-Yugoslav border to stop Marshal Tito marching into and taking Trieste.

2nd Lieutenant Tasker did well and was soon appointed Liaison Officer and learned some Serbo-Croat. In November 1947, he was promoted Temporary Captain and put in charge of buying wine for the Regimental Mess. This was his first introduction to wine in any serious way, and it fascinated him.

On demob in August 1948, he attended the University of Birmingham and got his degree in French with Italian. He was then introduced by the Warden to the Birmingham family firm of wine merchants Thomas St Johnston in Edgbaston. In 1955, he was awarded the Albert Guillet Cup as the best wine student for his essay and tasting. His reward was a trip to Cognac.

In 1939, his sisters Margaret and Muriel had introduced Arnold to their good friend Dallas Woodvine. They married in July 1954.

His next career move was to join the Liverpool shippers and wholesale wine merchants Walsh, Penketh & Kaye. In 1959, he sat and passed the Master of Wine exam. A move to London followed, to join Charles Kinloch (later called Saccone & Speed) in 1961, which served naval and military bases at home and abroad with smart offices in Sackville Street, Mayfair.

In 1967, he was appointed founder member of the Wine Development Board, promoting knowledge and appreciation of drinking wine.

Since Saccone & Speed had the Royal Warrant, he was appointed Royal Warrant Holder to HM The Queen in June 1987 and was the chairman of the Wine Development Board between 1986 and 1989.

The Home Secretary appointed Arnold Tasker to the Alcohol Education Trust & Research Council for the period 1988 to 1994, and in 1989 he was awarded the OBE in the Birthday Honours List. The French Government appreciated his work on behalf of their wine industry and he was appointed Chevalier de L’ordre du Merit Agricole at a ceremony at the French Embassy.

Arnold was husband for 44 years of Dallas and, when he became a widower in 1998, later husband to Hilary for nearly 16 years. Arnold was father to Alan, Gillian and Katherine and a grandfather of 10. His passions outside wine included music and gardening.