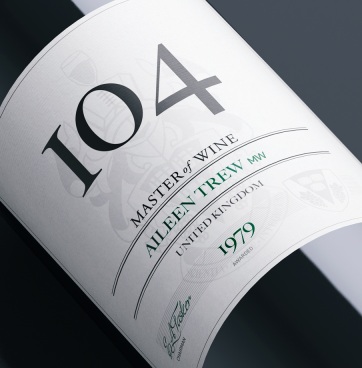 It was with deep regret that the wine trade learned of the sudden death of Aileen Trew, nee McLaughlin, at her home in East Sussex. Aileen was much admired in the trade not only for the knowledge of her subject but also for the ease and enthusiasm with which she conveyed the knowledge to others and for her kind and cheerful nature.

In 1970, Aileen left her native Ireland to begin her wine trade career with J.B Reynier. While working there she met and married Francis Trew. She joined the wine department of British Transport Hotels in 1977, and, in 1979, passed the Master of wine examination, becoming one of the first women to do so.

Aileen left full time work to have her first child, Henry in 1980 and later two more children, Isabelle born in 1981 and Joanna born in 1984. During this time, Aileen was very much involved in the trade, particularly in the activities of the Institute, where she was an energetic member of its Education Committee, becoming chairman in 1982/3. She was a member of the Council, a position she held until her death, and from 1995, she had been its Honorary Librarian.

Aileen also worked as a consultant and had started her own wholesaling business, but it is as a first class taster and educator that she will be particularly remembered, and with this in mind, a Memorial Fund has recently been set up in her name.