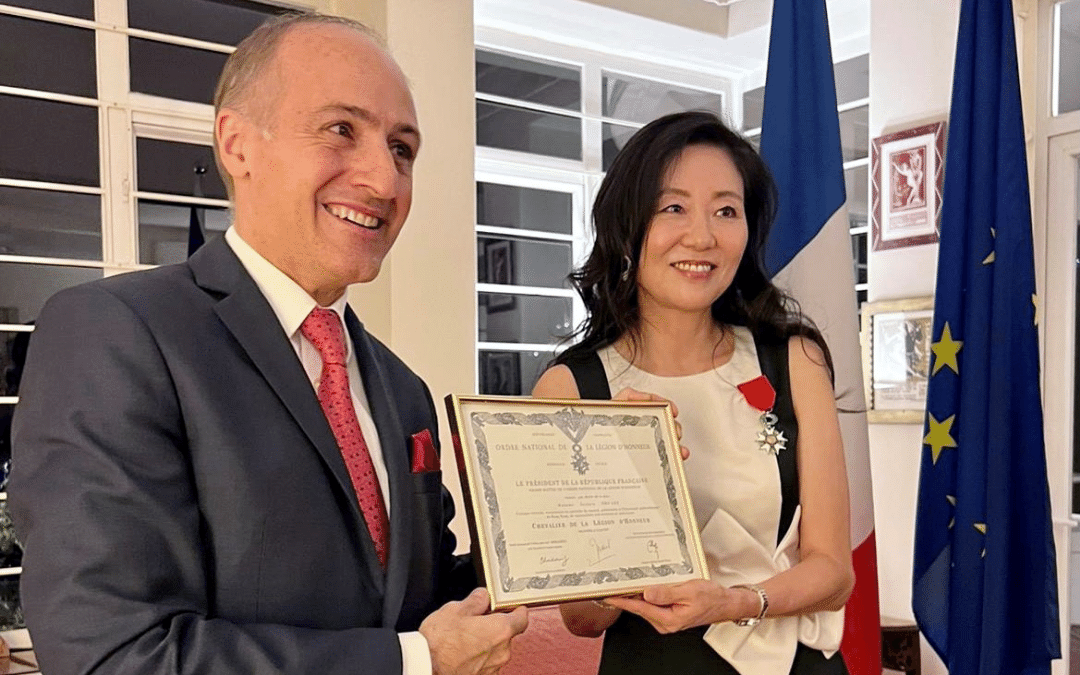 Jeannie Cho Lee MW was awarded the medal as Knight in the National Order of the Legion of Honor (Chevalier dans l’Ordre National de la Légion d’Honneur) by Consul General of France Alexandre Giorgini at a ceremony held at the Residence of France on 5 November 2021.

The Legion of Honor is the highest French decoration. Established by Napoléon Bonaparte in 1802, it is awarded to citizens who have demonstrated eminent merits in their field of activity.