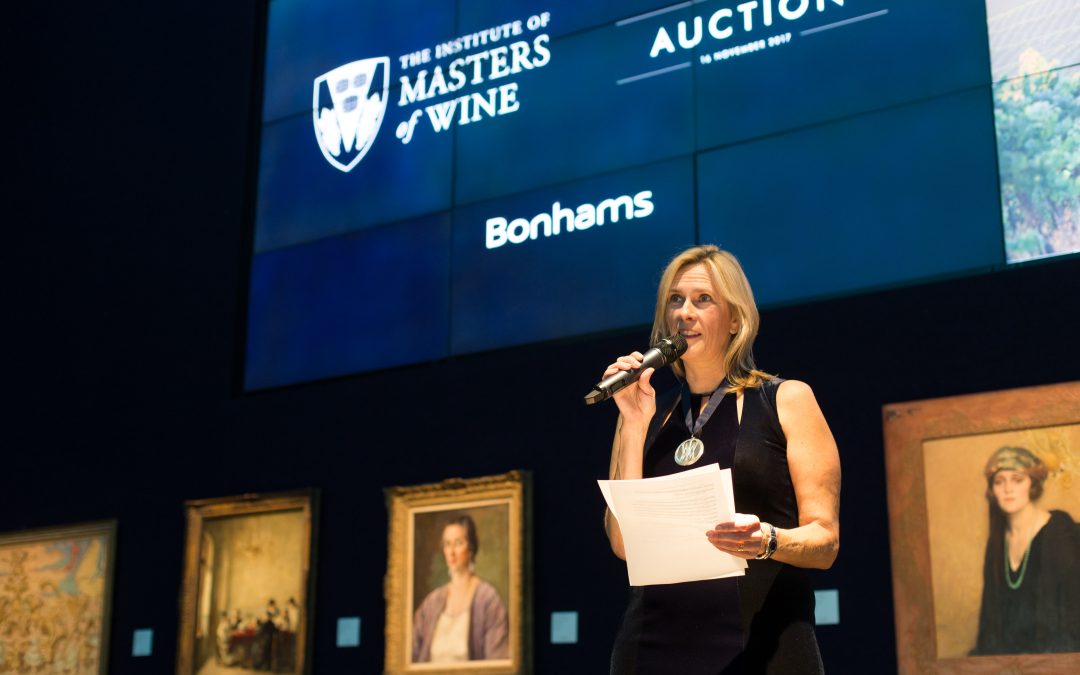 The Masters of Wine Endowment Company raised over £1.1 million from a live auction of Super Lots and an online auction.

A dinner and live auction took place on 16 November 2017 at Bonhams, where bidders competed for 18 Super Lots, once-in-a-lifetime experiences from the great wine regions of the world. The evening embodied the best in the wine world, and the guests shared some extraordinary wines from impressive vintages, before bidding on some exceptional wine Lots. These included one-off opportunities from Screaming Eagle; Le Pin, Petrus, Lafleur, Cheval Blanc and Ausone; Bollinger and Jackson Family Wines, as well as many others.

A spontaneous additional Super Lot was added on the night from IMW supporter Berry Bros. & Rudd, for a private dinner with wines from their special reserves, which sold for £50,000. The Super Lots on the night raised an incredible £1,007,500.

In addition to the Super Lots, there were over 100 lots available online, also hosted by Bonhams. These lots raised £121,370 and included: a private dinner for six with Jancis Robinson MW and the Lander family at one of their award-winning London restaurants; one bottle of the 2014 vintage from every Grand Cru Classé en 1855 (Médoc & Sauternes) property; a collection of wines from all the Istituto Grandi Marchi producers; and many other wine adventures across the world.

The auction was initiated and instigated by three Masters of Wine, Richard Harvey MW (from Bonhams), Patrick McGrath MW and Fiona Morrison MW (Directors of the Masters of Wine Endowment Company).

Both auctions exceeded their target for the Endowment Fund. Jane Masters MW, IMW Chairman said, “We are still astonished at the result, and are so grateful for the generosity shown to the IMW. These funds will be invested in the short term and ultimately give us the opportunity to enhance our work across the international wine community for many years to come.”