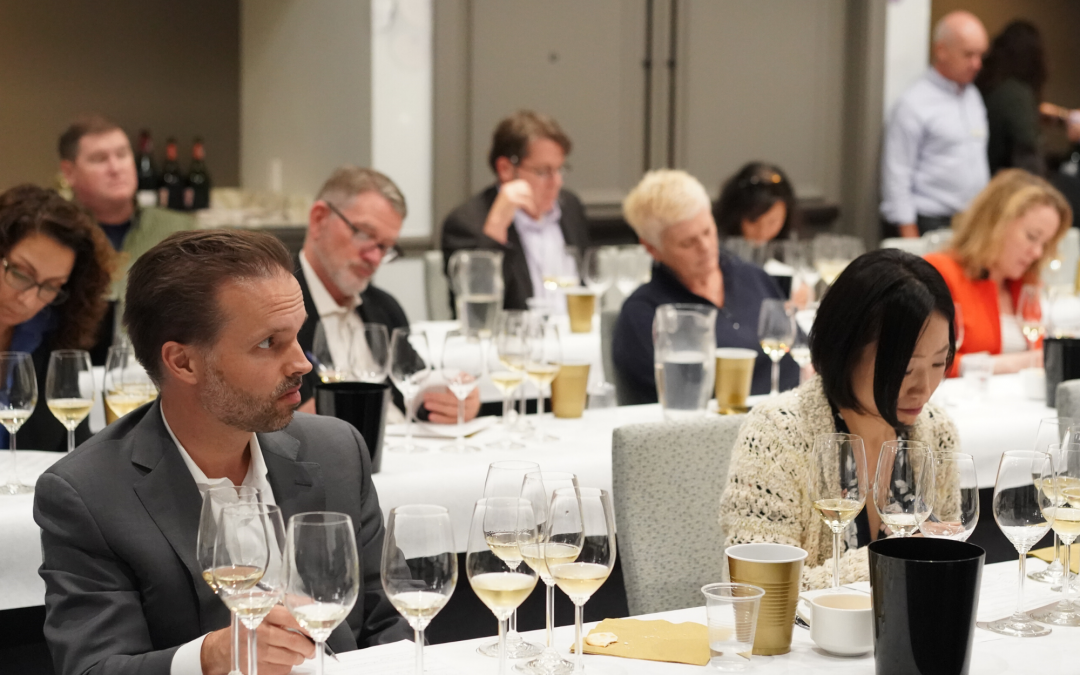 The MW Annual Champagne tasting 2019 which took place this September in San Francisco showcased more than 150 wines. The festivities began the day before with a Champagne BYOB dinner in Chinatown the night prior to the tasting, and commenced in earnest the following day with two seated panel tastings. The first looked at prestige cuvées through the lens of grape variety. A flight of Blanc de Blancs contrasted styles from Taittinger Comtes de Champagne and Dom Ruinart with vintages from Diebolt-Vallois and Lilbert Fils in Cramant, while the Pinot portion compared Dom Pérignon and Bollinger La Grande Année Rosé among others with the Sous les Roses blanc de noirs bottling from Yann Alexandre, and the section focusing on blends featured wines such as Louis Roederer Cristal and the new luxury cuvée from Henriot called Hemera.

The second panel compared the 2009 and 2008 vintages, pitting emerging stars such as Dehours Brisefer Blanc de Blancs and Penet-Chardonnet Les Epinettes against established legends such as Pol Roger Winston Churchill and L’Amour de Deutz. The panel also featured a quartet of Spécial Club bottlings before wrapping up with a look at multi-vintage têtes de cuvée including Selosse’s Version Original, Krug Grande Cuvée and others.

The prestige tastings were complemented by a walk-around tasting that featured more than 120 wines, ranging from solid, known commodities such as Moët & Chandon Grand Vintage and vintage Veuve Clicquot to cutting-edge growers such as Jérôme Coessens and Pierre Gerbais, boutique négociants such as Jaquesson and AR Lenoble and established “grower” references such as Pierre Paillard and Pascal Doquet. Notable this year was an explosion of new Extra Brut and Brut Nature offerings as well as strong interest in the “Spécial Club” bottlings produced by some growers.