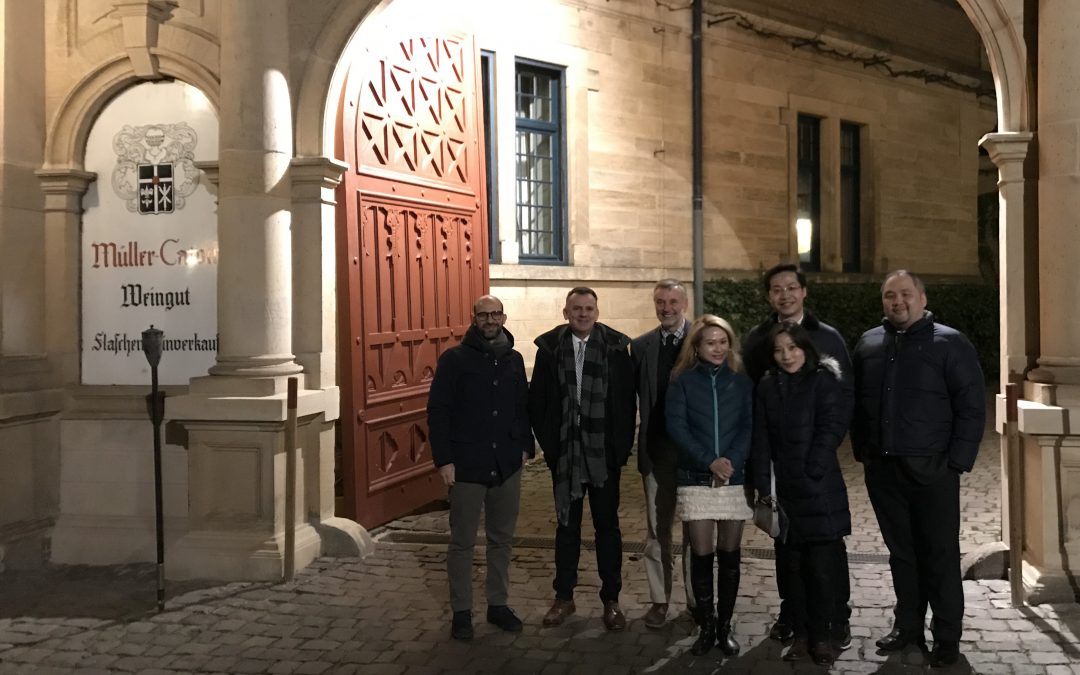 The theory only seminar was held in late January. Hosted by the VDP, The German Wine Institute and the City of Neustadt five students and a rotating roster of MWs spent a week at the Von Winning Estate in Deidesheim. Honing their essay writing skills by day the students maintained their tasting skills by night at dinners and tastings coordinated by the VDP.

Steve Charters MW, James Davis MW and Rod Smith MW, the latter having hot-footed it from Rust, supported the students through the week. James Davis MW shadowed me as seminar coordinator this year; regrettably my tenure as theory only coordinator has come to its conclusion. Guest appearances from Beverley Blanning MW and Alison Flemming MW provided students with valuable insights into exam technique and paper three respectively. Adrian Garforth MW gave the students a rousing pep talk.

Several guest speakers were invited and the students, and MWs, gained valuable insight into a broad range of subjects. Prof. Dr. Ulrich Fischer from Neustadt University presented on Terroir. Prof. Dr. Gergely Szolnoki from Geisenheim University spoke about market research techniques and the German wine market. Prof. Dr. Monika Christmann from Geisenheim University discussed the challenges of alcohol management in wine. The German Wine Institute’s Steffen Schindler presented us with a detailed presentation on the market for German wines. Felicity Carter, Editor in Chief at Meiningers Wine Business International, spoke to the students helping them with Paper Five areas and provoking a few uncomfortable thoughts about the wine world’s future.

A field trip to The Deutsches Weintor cooperative provided a wealth of insight into the workings of cooperative wineries, a side of the German wine industry new to most of us.

It would be remiss not to note the special thanks that are due to Katharina Huber from the VDP, without whose organisational skills the theory only seminar would not have happened. 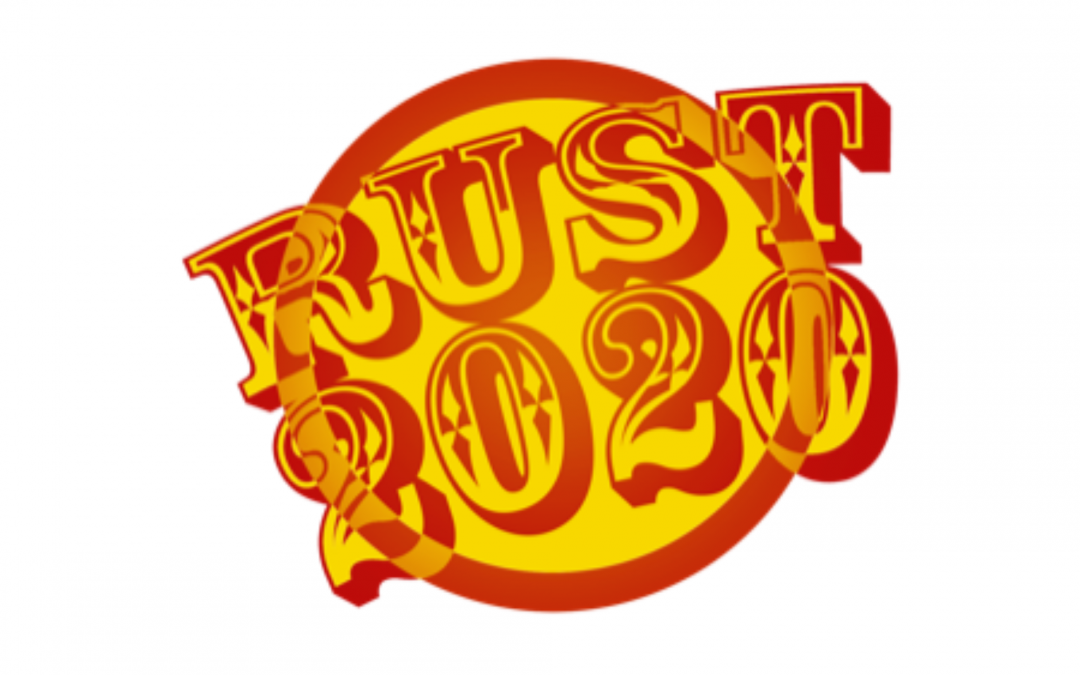 Tough shoes to step into, those of the indefatigable Caro Maurer MW, but somehow we managed to hold Rust together this year.

Aided massively by a very enthusiastic – if rather large at 56 – student group and the wonderful hospitality of Pepi Schuller MW at Weinakademie, through the generous support of the Austrian Wine Marketing Board.

With just a matter of hours to go, two of the principal guest speakers were forced to pull out, one because he was required to remain in Australia to help mitigate the vine-implications of the bush fires, and the other through sickness. With the very kind support of Gonzalez Byass (UK), and the creativity of Natasha Hughes MW, we managed to supplement what had been lost with a wonderful Sherry masterclass, and if the students weren’t happy with that, then we probably have to question whether we actually want them in the Institute. Also presenting with scant notice, special thanks to Jonas Röjerman MW who gave the group no excuse not to understand the Swedish Monopoly, and Justin Knock MW who spoke expertly and entertainingly about oak. Knock on wood.

A real highlight was Christian Seely of AXA Millésimes, who I had collared immediately after last year’s Marathon du Médoc – when I felt he might be at his least able to generate an excuse of polite declination – and who, I think it is more than fair to say, came up trumps. He presented a vertical tasting of Pichon Baron 2009 – 2016, which will live long in the memory of all those who were lucky enough to attend.

As at the other seminars, all practical feedback sessions were with on-screen display of answers rather than only reading out loud, and immediate availability of crib-sheets, and this has been a well received development indeed, from both sides of the table.

I am hugely indebted to a whole raft-ful of people for their time, expertise and organisation. All the MWs who attended, of course, but the office team, especially Patrick and Angus who attended, and many others besides. You know who you are.

It feels that all the increasingly stringent entry requirements to the programme are paying dividends, and this was a highly energised group amongst whom I feel sure are very many future MWs-to-be. 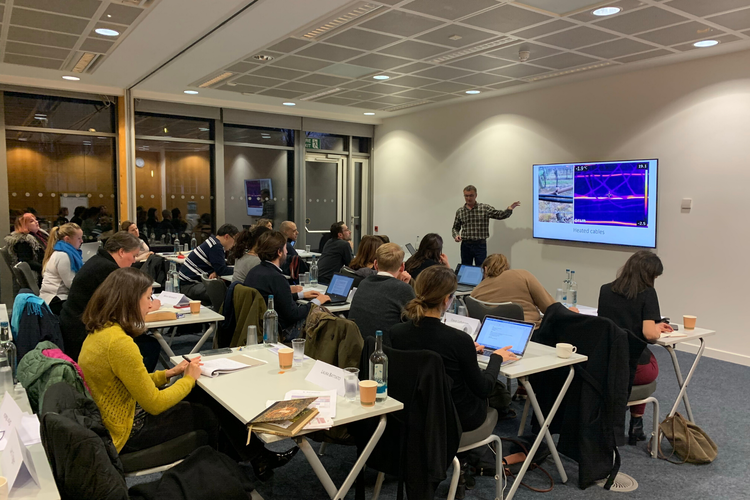 The Odney seminar ran very smoothly in 2020, thanks to a great team of volunteering MWs with strong support from the executive office.

Several significant improvements were made based on feedback from last year’s seminar, including a reconfiguration of the self-pour tasting room to allow more space, replacing the gala dinner with a more casual mid-week BYO, and implementing projected answers for giving feedback on tastings.

This last change is the single most significant one, made possible by newly installed AV equipment at the Odney venue. While there are still some issues to solve, using this technology (ie, taking pictures of answers on smartphones and displaying them on screens) has definitely helped to give candidates clearer and more useful feedback.

Other content during the week included seven masterclass-style tastings, including one using samples specially prepared by Iain Munson MW to show the impact of differing levels of oak. This was in response to a general student request for more content at seminars, rather than just focusing on technique.

We have already identified several relatively minor issues to work on for next year, relating to catering and providing amplification where needed, among other things. A longer-term problem to consider is satisfying both the full programme and practical only students within the same timetable – a recurrent request is allowing FP students access to PO sessions, which is not practicable under current arrangements.

The MW team were treated to another excellent curry night featuring some good French Cabernet/Merlot blends, while the student cohort seemed particularly positive and enthusiastic throughout the seminar week – which I hope will be reflected in their exam results.

Finally, I’d like to thank Patrick, John and Angus for all their help, especially Angus’s loo-unblocking skills. Thanks also to the MW team, with particular mention to Barbara Boyle MW for overseeing the PO group. 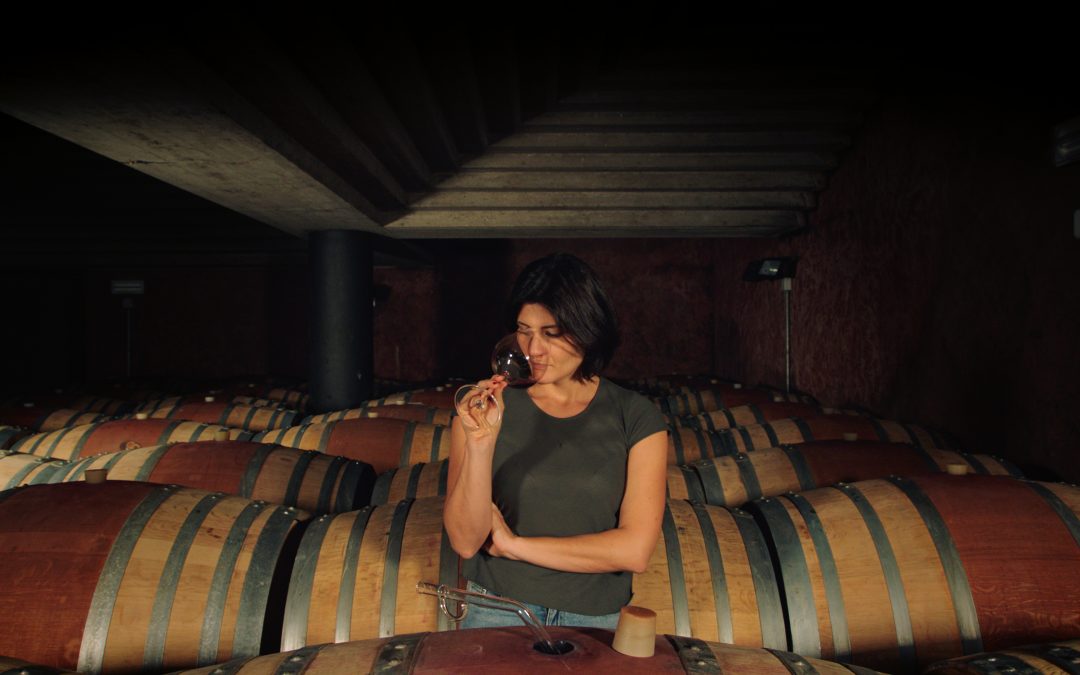 Sarah Heller MW and Richard Hemming MW are featured in the second season of Wine Masters: Italy, a documentary series exploring terroir, taste and tradition. This season tells the wine stories of Italian families in Piedmont, Tuscany, Veneto, Campania and Sicily. The production visited all the Italian wine areas three times; during winter, summer and harvest time. Important storylines are about Etna, Pompei, the renaissance of Italian wine, appassimento hype and the competition between Barbaresco and Barolo. But there is also a critical note about mass production, where popular Italian wines were, and still are, victims of their own success. Wine Masters: Italy has been released worldwide on Wine Masters TV, Vimeo On Demand, Amazon, iTunes and Google Play. 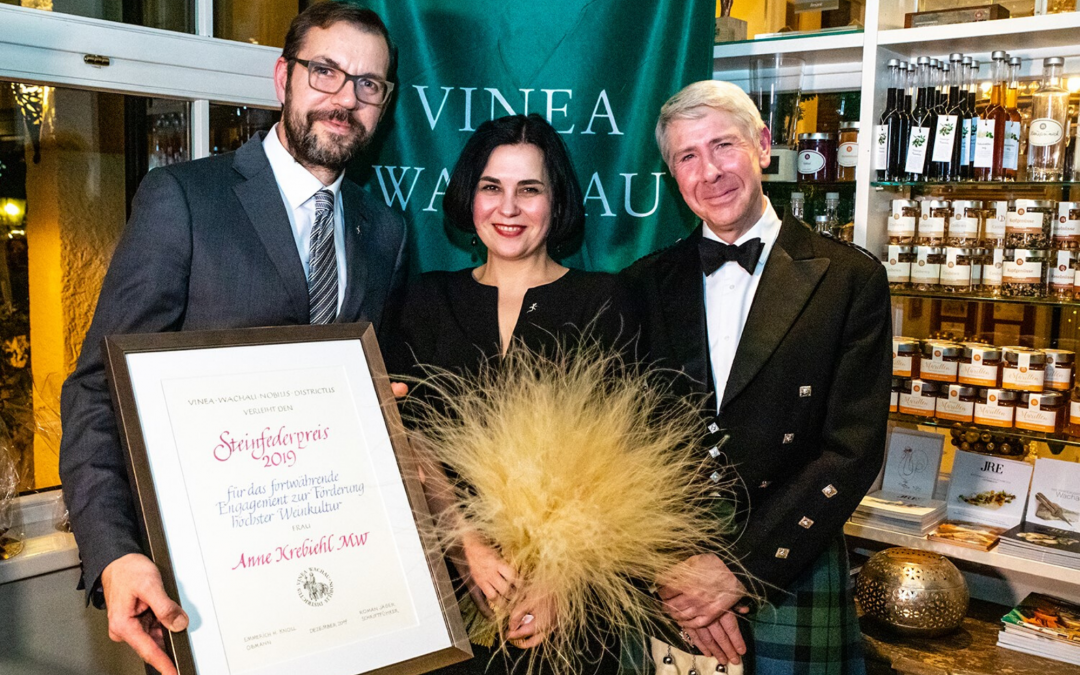 Anne Krebiehl MW has been awarded the 2019 Vinea Wachau Steinfeder Prize, which honours ambassadors and friends of Wachau wines in recognition of journalistic achievements. Held annually, the event took place at Landhaus Bacher in Mautern, Austria, where Vinea Wachau chairman Emmerich Knoll presented the Prize while Dr Neil Beckett, editor of The World of Fine Wine, gave the laudatory speech. The bouquet Anne can be seen holding is of the eponymous Steinfeder grass.

Beyond Flavour: The Indispensable Handbook to Blind Wine Tasting by Nicholas Jackson MW 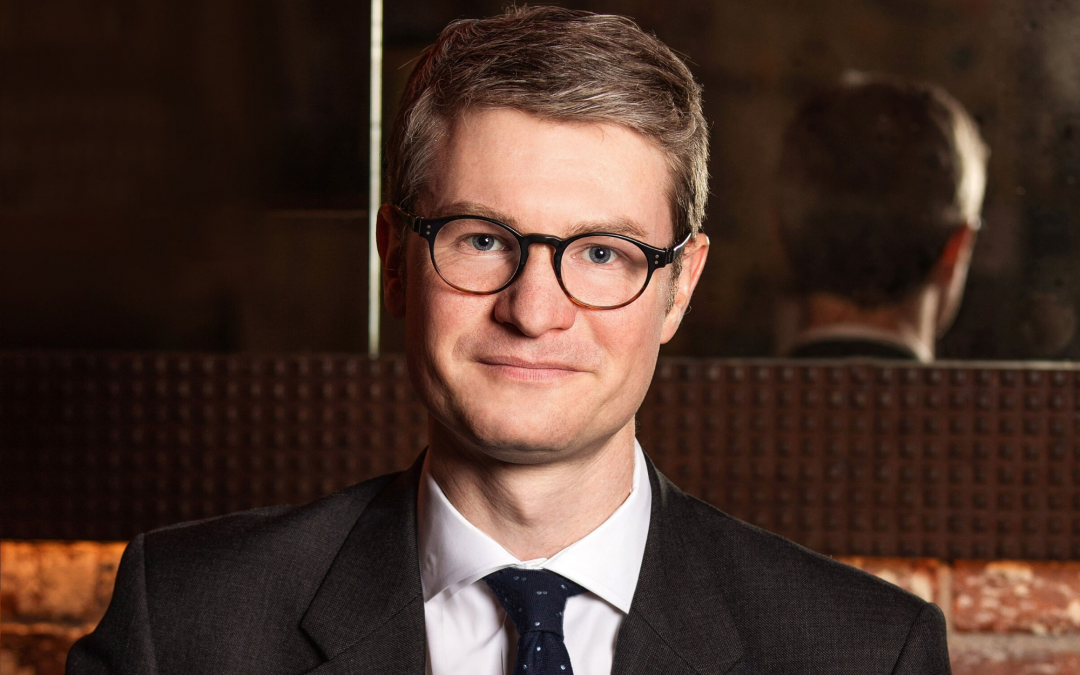 Nick Jackson MW has published a new book titled Beyond Flavour: The Indispensable Handbook to Blind Wine Tasting. Beyond Flavour is a practical guide to blind wine tasting which offers to help wine lovers increase their knowledge and improve their blind tasting skills. The book provides detailed descriptions of the key attributes of major grape varieties and wine producing regions, and argues that assessing a wine’s structure – acid structure in white wines and tannin structure in red wines – is a more reliable indicator of a wine’s identity than the traditional reliance on flavour.