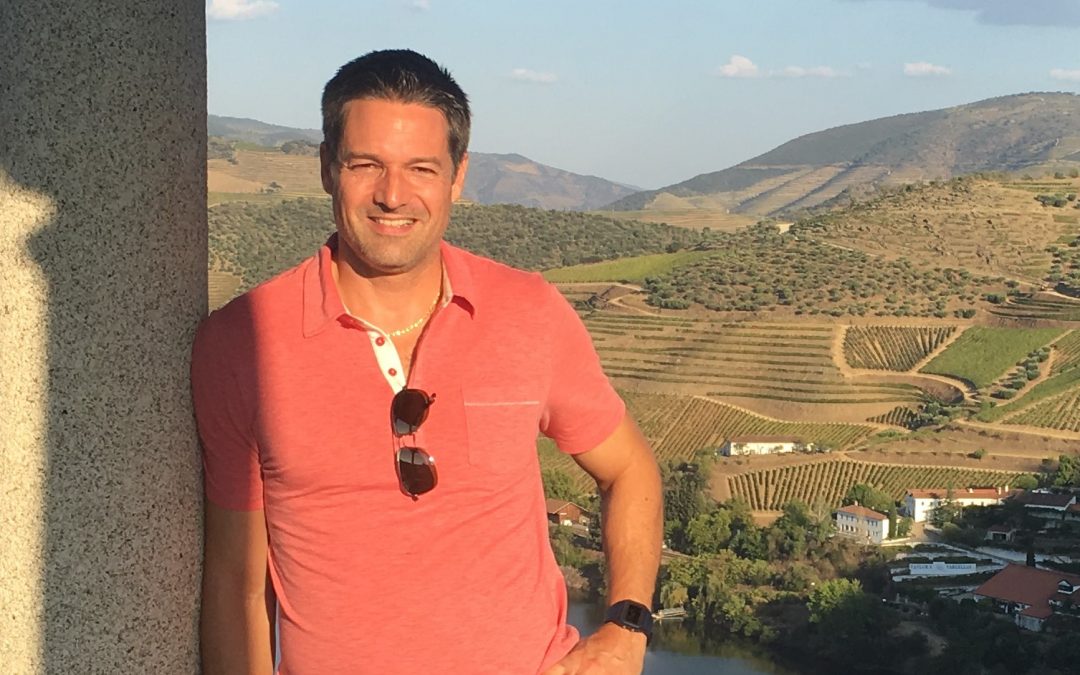 The Institute of Masters of Wine (IMW) is pleased to announce that second-year Master of Wine student Nicholas Poletto has been awarded the 2019 George T. Gamblin Memorial Scholarship.

The George T. Gamblin Memorial Scholarship was established in 2018 by Mary Margaret McCamic MW in honour of her late father, a retired doctor and former U.S. Naval officer.

Mary Margaret founded the scholarship with the hope of inspiring top wine students to relate wine to something beyond the textbook.

The scholarship is awarded annually to a second-year Master of Wine student who demonstrates a particular appreciation for how wine taps into our creative senses. Eligible students are required to submit a wine-related original piece, and the topic will vary in format each year.

Mary Margaret and her family are proud to have incorporated a photograph by Ansel Adams (with the permission of the Ansel Adams Publishing Rights Trust) into the topic. Students were prompted to pair a wine with Ansel Adams’ inspiring image,The Tetons and Snake River, taken in 1942.

Nicholas Poletto is the second recipient of the award. He receives $500 to be used toward his MW studies. Nicholas is a ‘practical only’ MW student, meaning he has passed the theory portion of the MW exam. He was born in England to Italian parents and spent most of his life growing up in the U.S. His wine career began in 2002 working for a wine distributor in New York City. After five years as a sales representative and an avid student of WSET wine courses, Nicholas moved to Martinborough, NZ to assist in winemaking at Mebus Estate. In 2008, Nicholas returned to the US to work as a state manager for Kobrand Corporation and was promoted to Director of Education in 2011, when he relocated back to New York.

Though there were many outstanding entries submitted this year, Nicholas’s winning entry was chosen unanimously by Mary Margaret and her family.

“Nicholas’s piece stood out for its ability to simultaneously incorporate a wine pairing, draw the reader into the image, and tap into history, lore, and the natural world” said Mary Margaret McCamic MW. She added, “The wine world is filled with talented professionals, but it takes an exceptional perspective to connect wine to a particular image. Nicholas did more than tell a story with the wine and photograph; he made the image feel alive. His entry furthers my belief that the George T. Gamblin Memorial Scholarship can do so much for wine students because it encourages them to think beyond conventional notions about wine. What moves us and inspires us beyond the business of wine is what Nicholas was able to capture exactly.”

Upon learning that he had won the scholarship for her work, Nicholas commented, “It is an honour receiving this award as it is evident that the foundation shares a similar deep appreciation and love for nature. Wine is a reflection of nature and linking the powerful images of Wyoming to the beautiful wines of Nizza seemed to be both natural and harmonious. Achieving this award has been particularly rewarding as it has further invigorated me to persevere in my MW journey.”

About the Institute of Masters of Wine (IMW)
The Institute of Masters of Wine (IMW) is a membership organisation with an exceptional international reputation. For almost 70 years, its members – the Masters of Wine (MWs) – have been at the forefront of leadership and expertise in the world of wine.The IMW’s mission is to promote excellence, interaction and learning across all sectors of the global wine community. MWs prove their comprehensive understanding of wine by passing the M  W examination, recognised worldwide for its rigour and exacting standards. In addition to passing the examination, members must sign the code of conduct before they are entitled to use the initials MW. This requires them to act with honesty and integrity, and use every opportunity to share their knowledge of wine with others.  Today, there are 389 Masters of Wine working in 30 countries. The membership encompasses winemakers, sommeliers, buyers, journalists, shippers, consultants, academics, educators and more. There are 350 students from more than 40 countries in the 2019-2020 MW study programme.

About the George T. Gamblin Memorial Scholarship
The George T. Gamblin Memorial Scholarship was founded to foster higher learning in wine education. It is currently a family-funded scholarship, established by George’s daughter, Mary Margaret McCamic, who became a Master of Wine in 2016. Her love of learning and dedication to climbing the wine world’s version of Mount Everest was driven in large part by her father. In an effort to keep his memory alive, instill a passion for higher learning in the world of wine, and foster the same intellectual curiosity that her father passed onto her, Mary Margaret and her family created what an annual scholarship awarded to a second-year Master of Wine Student. The first scholarship was awarded in the fall of 2018.
www.georgetgamblinmemorial.com