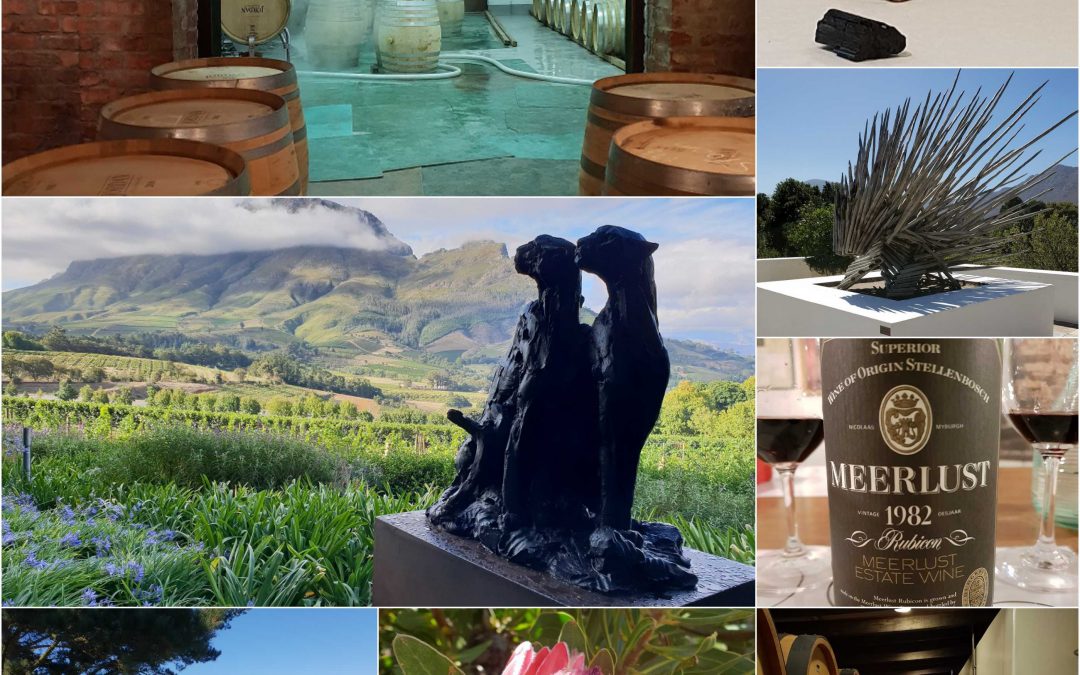 Jon & Beth Perry and Frank & Saundra Russ – successful bidders for the ‘South Africa Unplugged’ lot at the Institute of Masters of Wine Endowment Auction last year – visited the country’s winelands in November and were introduced to the best that the Cape can offer by Cathy van Zyl MW and the various industry associations and producers contributing to the lot.

The five-day visit kicked off in Robertson with a fascinating visit in the company of Pieter ‘Bubbles’ Ferreira (Graham Beck) and Elunda Basson (Distell) representing the Cap Classique Association. This was followed by an informative and very enjoyable day, also in Robertson, spent as guests of the Chardonnay Forum with Johann de Wet (De Wetshof) and Emile Joubert.

The group then travelled to the Hemel-en-Aarde Valley and Elgin to spend the day with the Pinot Noir Association. Emul Ross (Hamilton Russell) presented a tasting on the various clones in South Africa in the vineyards and Andries Burger (Paul Cluver) hosted a lunch paired with older vintages; pinot noirs from other areas were shown at an informal dinner. On the following day, Ina Smith of the Chenin Blanc Association introduced the group to that variety. Jon, Beth, Frank and Saundra knew of the grape but didn’t drink it. However, thanks to Shawn Mathyse (Ken Forrester), Carl van der Merwe (DeMorgenzon) and Alastair Rimmer (Kleine Zalze) they left South Africa with a new appreciation of its characteristics and ageability … and promised to add it to their drinking repertoire!

The final day was spent in the vineyards with Rosa Kruger and Andre Morgenthal of the Old Vines Project. The group visited an old chenin block on Nuwedam in the Swartland owned by Christa von La Chevallerie, who supplies grapes to several ‘rock star’ winemakers. She poured several of these wines alongside the vines, wines like Cartology and Rall. Off to Franschhoek, where they walked in the oldest semillon block in South Africa and in an old grenache block to taste the wines made from those grapes (Boekenhoutskloof Semillon and Leeu Passant Dry Red) before a lunch with Gareth Robertson (Anthonij Rupert) to taste a range of wines from old vineyards in Citrusdal Mountains. The final visit of the trip was to the historic Mev Kirsten block in Stellenbosch.

Sorry, but you do not have permission to view this content.

This page may only be available to Masters of Wine or MW students. If this applies to you, please log in to your account and try the link again. 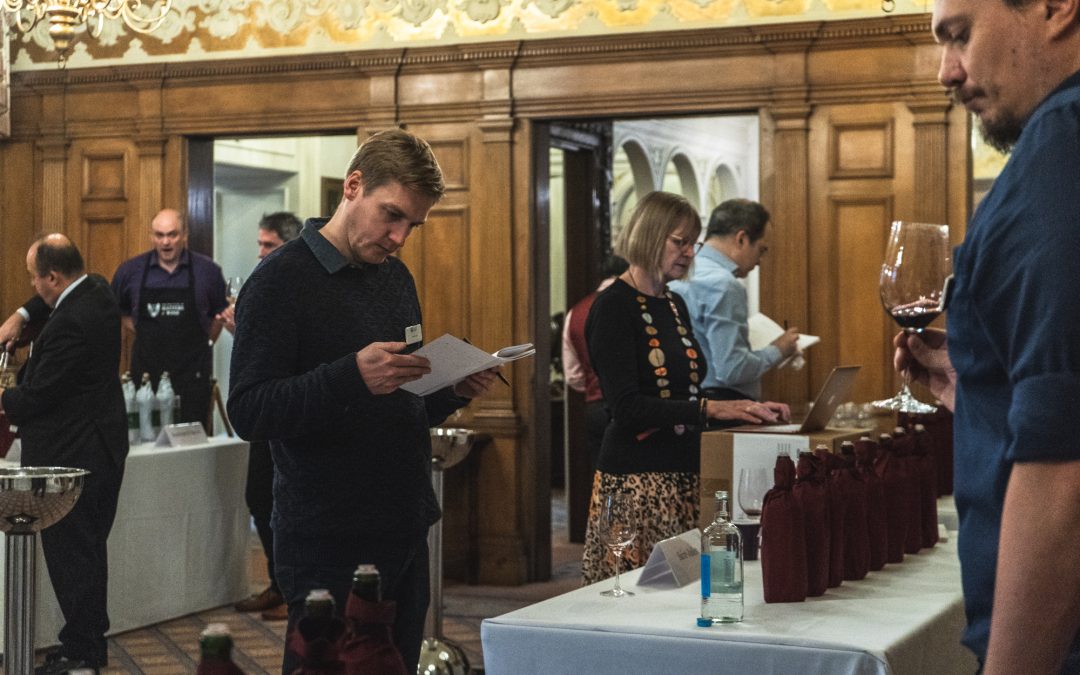 This event was very well attended, with almost 150 people attending in the course of the day. As ever, there was a good turn-out of brokers, merchants, Masters of Wine, MW students and the occasional journalist. There was tremendous interest in the 2014 vintage, partly because it is readily found on the market and partly because the wines proved to be easy and most enjoyable to taste. A comment often heard was that the differences between the appellations were pleasingly apparent. It was especially gratifying that an increasing number of people each year choose to taste the wines blind, one of the very few opportunities that serious wine professionals have for such a selection of Bordeaux Grands Crus Classés.

Given the calibre and high number of attendees, it is clear that this is one of the tasting highlights of the year in the UK. And there is no doubt that this is because of the exceptional quality and range of wines on show. We cannot emphasise enough how grateful the Institute of Masters of Wine is to the participating Châteaux for providing the bottles for this event; and we are sure in turn that the Châteaux benefit from the commercial benefit of wine professionals being about to taste wines at this stage of their development. Every year, this event reinforces the importance of Cru Classé Bordeaux to so many British and international wine businesses.

Watch the video below for a glimpse of this magical event