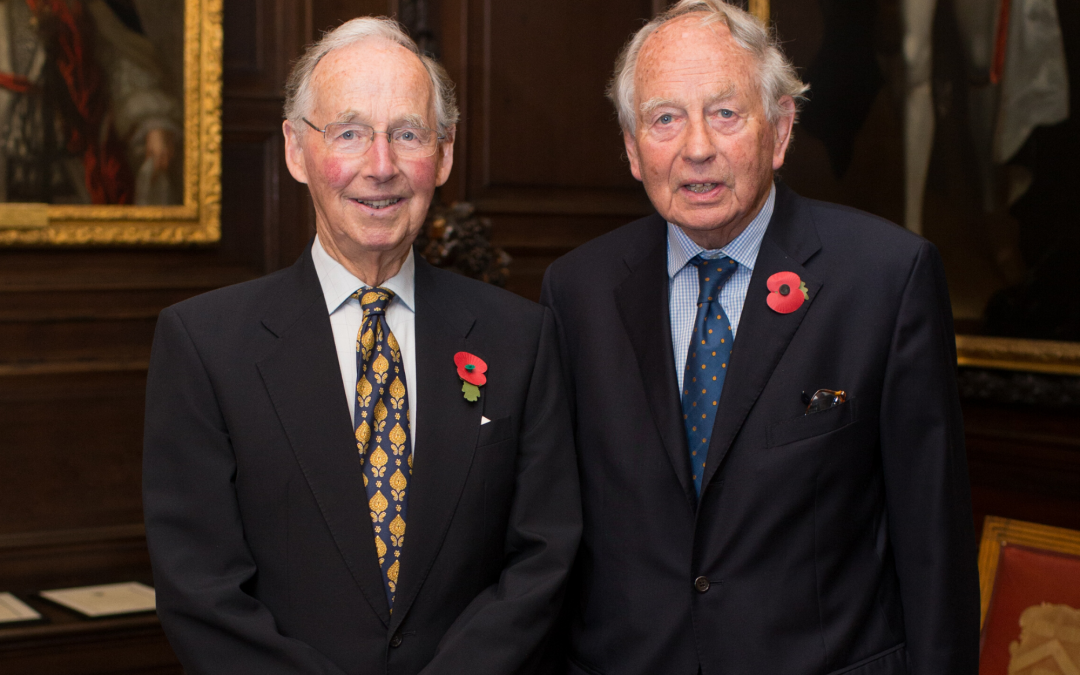 At the Annual Award Ceremony in November, as well as welcoming the 18 new Masters of Wine, the Institute honoured three Members who passed the MW examination in 1957. Colin Anderson MW, John Clevely MW (pictured) and Vincent Larvan MW, have now been Masters of Wine for a glorious 60 years.

Colin Anderson MW started at George Peters & Co. in Portsmouth as an office boy, moving to the sample room, where he never looked back. He won the Vintners Scholarship in 1953, which financed nine months’ travel around the (then) known wine world – France, Germany, Jerez and Oporto. That resulted in him becoming an MW. He ended up as the Buying Director for Grants of St James, and travelling the world. He had his nose insured with Lloyds for £500,000, and retired for the first time in 1985.

He then became a Wine Consultant for British Airways (BA). He thought BA might need him for a year as part of their dream buying team – with Michael Broadbent MW, Hugh Johnson and Jancis Robinson MW – but they kept him on and he retired for a second time 16 years later in 2002.

John Clevely MW was born in the greatest of all Port years —1927, and his second sign of wine glory was when he won the Vintners Scholar in 1950. After being an MW for ten years he became the Chairman of the Institute of Masters of Wine in 1967, and in the same year was also the Chairman of the Wine and Spirit Trades’ Benevolent Society. During the seventies he was a Trustee of WSET, and joined the Livery of the Vintners Company in 1983.

John worked for Deinhard & Co throughout the sixties and then became Chairman and MD of H.Parrot which was owned by Veuve Clicquot, from 1970-1990. After that he joined the board of Louis Latour (now one of the Institute’s Supporters) and is currently Chairman of Louis Latour Agencies.

Vincent Larvan MW is the oldest Master of Wine, and celebrated that fact with the Institute earlier this year, when he officially opened the Institute’s new headquarters. Vincent served in the Royal Navy in World War II and in 2016 received the decoration of a chevalier from the Legion d’Honneur for his role in the D-D landings. From 1946 – 1983 Vincent held various executive positions in Bass plc. He is a former Chairman of the then Wine and Spirit Trades’ Benevolent Society and former Master, at The Worshipful Company of Distillers.

Vincent helped incorporate the Institute in Companies House, and like so many of the earlier Members put in place the structure that helped make the Institute develop into the organisation it is today. He turned 94 a few days before the ceremony.

Vincent Larvan MW was unable to attend the

About the Institute of Masters of Wine (IMW)
The IMW is a membership organisation with an exceptional international reputation. For almost 70 years, its members – the Masters of Wine (MWs) – have been at the forefront of leadership and expertise in the world of wine. The IMW’s mission is to promote excellence, interaction and learning across all sectors of the global wine community. MWs prove their comprehensive understanding of wine by passing the MW exam, recognised worldwide for its rigour and exacting standards. In addition to passing the exam, members must sign the code of conduct before they are entitled to use the initials MW. This requires them to act with honesty and integrity, and use every opportunity to share their knowledge of wine with others. Today, there are 394 Masters of Wine working in 30 countries. The membership encompasses winemakers, sommeliers, buyers, journalists, shippers, consultants, academics, educators and more. There are 350 students from more than 40 countries in the 2019-2020 MW study programme.